I designed this during some idle time in a class last week. Don’t judge me.

You’ll be seeing this logo on my third jersey…

I pledge to post an in-depth update sometime soon, likely after next Tuesday when my final exams are complete and I’ve had some time to celebrate a successful semester. Until then, enjoy the auto-posts I have set up! Ciao!

I may be stacks of books deep in an exegetical analysis of Joseph and Potiphar’s wife, but that doesn’t mean I can’t find a good heresy-related quote when I see one! When life returns to normal, I may comment in some depth about this, but for now, just read this while imagining me doing jumping jacks and celebrating like Albert Pujols just hit a miraculous home run off Brad Lidge.

The unacknowledged heresy underlying most modern English versions of the Bible is the use of translation as a vehicle for explaining the Bible instead of representing it in another language, and in the most egregious instances this amounts to explaining away the Bible. 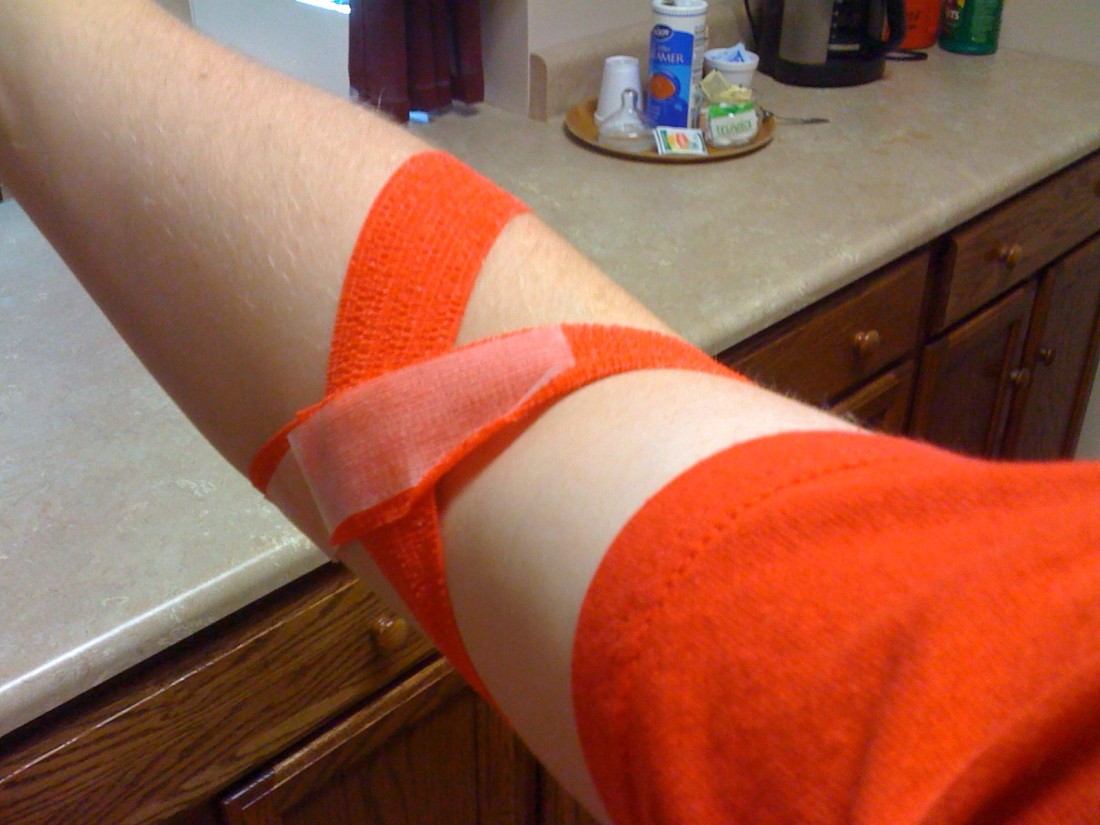 While I have no idea what this means to medical personnel, to me it’s a mark of shame. It announces loudly and proudly my invalidity, or rather that I can’t donate blood without blacking out.

The back story is pretty boring. I’ve tried to give blood twice before today, once in high school. That first time, I found out the hard way that my veins are somewhat difficult to find, and that when poked and prodded for a while, eventually I’ll get all light-headed and black out. The second time wasn’t the best experience in the world, as I was left feeling queasy despite my successful donation.

Today, Anderson University was holding a blood drive at the wellness center, so after working out I decided that the third time would be the proverbial charm. I told Patrick, the lucky man who ended up drawing my blood, about the previous experiences, but to my delight he found my vein rather quickly. The donation was going really well; in fact, I got through 4-5 pages in my Ehrman book Misquoting Jesus before anything went awry. From there, however, things went downhill pretty quickly. I had the surreal thought that I didn’t feel too well, and while losing consciousness I managed to say “Sir…” twice, because the first time I did not get Patrick’s attention.

I came back to life with four people around me, including one nice girl imploring me to have a drink of Coke. “Crap,” I thought, it happened again. (I should have known it was a bad omen when I walked in to the blood-drawing area, however. I watched another girl pass out just before they asked me all kinds of questions about whether I’d had sex with prostitutes or Africans since 1977, and the like.)

Finishing up, Patrick bandaged my arm and sent me on to the snack table. I didn’t see anyone else get the Red X Mark of Shame Bandage™ besides me, however. Patrick’s parting words to me were: “Maybe you should reconsider donating blood.”

Well, okay, thanks. I do understand the sentiment, because I basically wasted their time and resources with what didn’t result in a full bag of blood… but at least I tried, right? Oh well. As of Wednesday, September 8, 2010, I am officially an ex-blood donor. I’ll keep all of my valuable O-positive blood to myself. Take that, American Red Cross!

Just a brief note: I’ve added a small blogroll to my right widget margin, and I may put up a few other nifty things. I know that I have several bloggy-minded friends, and I’d love to add your blog to the list. If you’d do the same for me, I wouldn’t mind that at all! Leave me a note in the comments, or by some other convenient form of communication if you’d like. Thanks for reading, once again!

For a topical post today, I present you with a glorious trio of YouTube videos of a “preacher” from Los Angeles public television in the late 90’s. Warning, he comes in the name of Jesus, by the power of the Holy Spirit. If you’re interested, Know Your Meme has more on this guy, including this nugget of wisdom:

A segment called The Spirit of Truth featured self-proclaimed deity and foul mouthed evangelical preacher Don Vincent (credited as Vincent Stewart). The show was eventually canceled when Vincent dropped trou on air and requested that viewers “look for sin.”

Beware, the videos are very vulgar. They will make you laugh and cry at the same time. Hopefully, if and when I try to impart words of wisdom, they don’t come out quite like this. Enjoy!